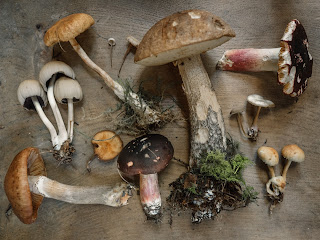 Photo by Andrew Ridley on Unsplash

Do you suffer from an illness such as Lyme Disease or MS?

Is your immune system compromised?

Is your auto-immune disease-causing severe fatigue?

When we lived in TN, deep in tick country, I ended up with Chronic Lyme Disease.  Many chronic illnesses and diseases break down your immunity, your health and your mental health. Your body is always in fighting mode. Fatigue is a common complaint which is often severe at times.

Even though I have recovered from most of the most serious effects of Lyme Disease such as brain and memory impairment, I will be fighting this the rest of my life. It is what it is, and I am grateful that the herbs work on keeping the Lyme under control. It affects my immune system to a severe degree.

As an herbalist, I was trained in Western herbs. Mushrooms were expensive and I just never got into them until last year. About in August of last year, my jaw became infected and then my throat as well.  The herb regimen knocked it down some, but my immune system could not seem to work to completely knock it out.  This went on for weeks and nothing worked completely.

It was then that I began researching mushrooms and their immune strengthening abilities.  I was impressed enough with the days of research that I bought several mushroom powders including Reishi, Cordyceps, Turkey tail, and Chaga. I made them into a drink using 4 grams each of the different dried mushroom powders above mixed in with a little hot chocolate powder.  I was not sure what to expect but after researching them, felt it was my best bet to bolster up my immune system to fight the stubborn infections.

Within days I felt stronger physically, then my jaw and throat began to improve as well.  My physical strength has improved dramatically since using the medicinal mushroom mix every day.  I now give them to my husband as well which has improved his physical stamina.

Along with the jaw infection, I also experienced gut problems so severe I could not eat for days without pain under my ribs. That too, is gone now as well. My stomach and digestion issues were very severe at the time, and I even considered going to the doctor, which I rarely do.  I am sure that the jaw and throat infection was filling my body with lethal toxins that were causing the gut pain.

Now these medicinal mushrooms are first on my supply list to keep my health up. They are expensive but your health is extremely important and without that you have nothing. To me, they have done more for my physical and immune system strength than anything else I tried over those months. You must have a healthy immune system to overcome any health issue or disease.  Even with taking herbs, it is extremely important for your immune system to be healthy enough to fight off the infection or cancer.

In the next several blogs, I am going to discuss the various mushrooms going into depth on the different properties that are used as tools against cancer, infections and to improve immunity.

All for today, Cathryn Freer, the herbladyisin

Posted by Cathryn Freer at 11:38 AM No comments:

Is Your Cup Half Full or Half Empty? Are you resilient?

What is your reaction to disasters? Do you get up and forge ahead despite the setback? 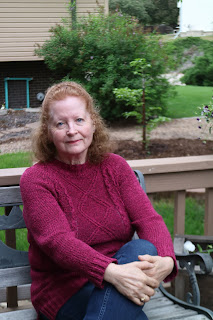 It was over a week ago, that I looked at my own disaster and how I dealt with it.  I am a researcher and writer, so my computer is extremely important to my work.  I had not realized just how long it had been since I had backed up my computer research including a story I had written for my grandchildren. Life gets away from us and its like that bowl of soup in the refrigerator that you can't remember just when you cooked it.  Backing up your computer material is like that, and it can prove disastrous.

We live out on the plains of Colorado where our internet service is questionable at times. When the computer began having issues like pages loading slowly and the computer not wanting to load up, I chalked up to bad internet service. I think deep down, I was avoiding the reality that my old computer was going out on me. Then a few days later, it refused to recognize the adapter, I bought a new adapter which did not work. It then sunk in, that the computer was in its dying last days.

I called a computer guy in town, and he gave me the bad news that it was either the motherboard or the internal connection where the adapter fits it into the side of the laptop that was the problem.  If it could be fixed, it would cost more than the computer was worth.  I was really upset.

I ordered a new battery and external hard drive to make a last-ditch effort to save all my research and writing. When it came in, I hooked it up and started the backup process.  Within 10 minutes the drive on the machine shorted out and would not acknowledge the external hard drive. The thumb drive didn't work either. I then plugged them into my husband's computer to test the external hard drives to see if they were good. They were.

At that point I realized all my material and files were lost. I could see the files but could not get them out. I have to say that day was not my best.  I had lost my files and we would be out the expense of a new computer.  I was used to my old one and the way it worked.  I am not a fan of change. One of the most important things lost was a book I had written for the grandkids but had not quite finished it.  Why didn't I make sure that was backed up? That was my fault entirely.

The next morning, I reluctantly got up to do the research needed to order a new computer.  After hours of reviewing computers on Amazon, I chose one. It would be a week before it arrived.  I was not cheerful to say the least. I went with this HP computer below with windows 11, This was a good choice. Then I worked to keep busy around the house feeling quite lost without a computer. I am constantly researching or looking up new articles and resources. It is amazing how much we use our computers every day and how much they have become a part of our everyday life. I remember in 2000, I hated my first one. It was such a learning curve for me. How things had changed over 21 years. It was the first time in 20 years, I had been without a computer. For years with Dell, I had paid for onsite service.  They came to the house and fixed the machine.  For most of those years, we had lived several hours away from a computer repair store. I ran a business then where having a computer was necessary to my daily business. 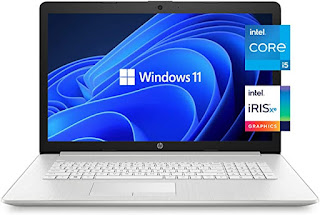 It was the third morning after my old computer crashed that I said to myself, you need to stop this whining and reframe your view on this whole situation.  I needed to look at the bright side of this unfortunate circumstance.

I realized that with the new computer, I could write more efficiently and effectively.

It would have several new programs that would make my research and writing easier.

I could rewrite the kids book making it even better than the first version. Writing the story had been good practice.

Now I that I had bought an external hard drive, I would back up every week new material I had written or downloaded.

Disasters teach you valuable lessons. Disasters show you where you need to improve or become more disciplined in. You realize where you have gotten lazy on things.

I realized that learning a new system, Windows 11 and all the new programs on the computer was great for my brain. Learning new things grows your brain and memory.

With a new computer we have to pay for, it would help me to focus on writing for which I would get paid.  Vocal is one of those sites where writers can submit articles or stories and get paid for pageviews.  I had been putting off submitting to that site.  Now there is no excuse.  You must find the value in the lessons learned in any misfortune.  Let it be a marker to improve and overcome your circumstances.

Yesterday, this new computer came. It has been so easy to set up and the improvements in 8 years are amazing. I had no trouble setting it up or adapting to some of the new functions. It has so many improvements over the old one including writing tools built in. It is a joy to write on. It is difference between writing on the old typewriters and the first computers. Yes, I grew up using an old typewriter with a ribbon. I must say I don't miss them at all. I am not too old to learn new technology and apps. The camera, the video and photo editing improvements are worth it when keeping in touch with my children and grandchildren as well. I had been thinking about giving video classes, but my old computer did not have the technology.

So many times, in life, it is the way we are looking at the event which makes all the difference in the world in how our life changes at that point.  A life event can either lead us into depression or we can allow it to be something that raises up our view or life in many ways.

It is up to us how we react to that event or circumstance.  I have always been one to look at my life as half full not half empty. It has always been my view, that my life will become better and that the negative circumstance is only temporary.

So today I am writing on my new computer and on how it will be helpful and so very positive for my writing and research projects.

All for today, Cathryn Freer, the Herbladyisin

Posted by Cathryn Freer at 1:54 PM No comments: