Do you know how to take herbs properly to get the most effective results? Read this article to see how much you know. 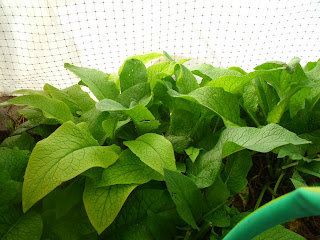 It is up to you to investigate the source of your herbs and if they are indeed quality.

HERBS and MEDICATIONS DO IMPACT EACH OTHER!

Herbs cannot work well once you have destroyed your immune system with chemo, radiation, drugs, alcohol and other chemicals.

Saying that, even patients that were given two months to live, survived and thrived for years with the support of Asian or other alternative medical doctors using alternative therapies. This is after the patient was given chemotherapy, radiation, surgery and were told to go home and get your affairs in order.

Only God knows how much time you have and how long you will live.  If your doctor gives you a death prognosis, that does NOT mean he is correct. He cannot tell you your future.

Herbs are not magic wands, they work in harmony with improving diet, getting daily exercise, losing weight, getting your blood sugar under control, getting adequate sunshine and living to the best of your ability.  You need to look at all your daily life and try to make small changes to improve all the above layers in your health.

I hope this blog today has given you some answers on why your herbal program may not be working as you had hoped.

You will not get quick fix answers from me.

Health cannot be achieved without work and dedication. You need help and knowledge along the way.  Your body is very special and you need to listen to it and work with it to achieve health.

All for day.  Cathryn Freer, the Herbladyisn

Posted by Cathryn Freer at 9:05 AM No comments:

How your mind can affect your health and healing-Learn why that is so important if you are stuck in your path to healing.

The main complaint I hear from people  is that I tried herbs and they didn't work.  I know how frustrating this is.  The body and how it works is exhaustingly complex.

I hope this helps some of you on this path toward healing.

There are so many elements that go into why you heal or you don't. Health starts from the inside out. You must look at the different layers of who you are and your health.

What is your outlook on life?  What are your deep beliefs on healing?

Are you a positive person and a negative one?

You will find when reading the outcomes of people with cancer, that the ones who have a positive outlook live longer and respond better to treatments no matter whether it is alternative medicine treatments or standard medicine treatments. If you declare a treatment will do no good, it probably will be a failure.  If you have no faith in the doctor that is treating you, you will not do as well. If you tell yourself you will never be well, you won't.  Your body responds to what you tell it and what you believe in your heart and subconscious.

You must not let your family or friends tell you otherwise. You need people who will support you in your fight to get well.  To stay strong, you must stand on your beliefs and your will to live.  Those who fight live longer. If you don't have family support, find an online group to support your path to health.  It is also true that people who believe in God and an afterlife, have less pain and a more peace during their fight for healing even if they end of dying.  Those who make peace with their past, their hurt relationships and forgive have an easier time. 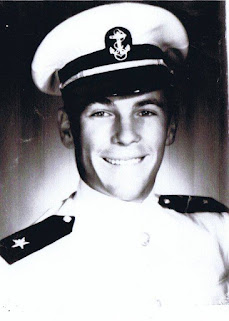 My father-in-law died of Leukemia and dementia at 94.  He was a retired Lieutenant Commander and Navy fighter pilot. He was 94 and the disease had been slowly getting worse over 5 years.  He drank and ate horribly until he came to live with us the last three years of his life. His whole world was playing and watching golf.  He had an attitude of fight and was really bull headed. His mantra was, "What part of NO don't you understand! I will do it my way "

He played golf well until the last two months of his life. I took him out two to three times a week. It was his life blood.  When at the end, he lost his ability to play, he gave up.  He had told me from the beginning if he could not play golf, he didn't want to live. The last time we played golf, he managed to play 3 holes well.  We sat in the golf cart in the shade and he turned to me and said, " I'm done honey.  This is my last game. "  We went home and he immediately went down hill in the next several weeks. He died within two months of that comment.  His fight and will to live served him well for three years after he came to live with us. His disease quickly killed him when he gave up the fight.

I was a caregiver for  8 years between 2000 and 2008.  During that time I took care of many who fought a good fight right to the near end. It was their will, their fight and attitude that kept them going.  I also watched one of the most uncomfortable deaths where a man died angry at everything including God.  He did not die a peaceful death and I cared about him deeply.  He quickly went to his death after he was put in a lock up unit he did not deserve, deprived of visitors to break him, and the final assault  was his wife dying in a ward that did not give good care.  How I wished I could have helped him find peace before he died but his anger could not be quelled. I understood his anger but dying that way is sad.

I watched a woman on an audition the other night.  She told the audience she had cancer with an only 2 percent chance of living. It was her dream to win that audition. She stated that you should not wait for a reason to be happy but just be happy. She sang her own song with such conviction and emotion. That audition was amazing and she won it. Thousands of people gave her a standing ovation. Her attitude was a light for all who are fighting health or disease. She gave it everything she had. I know that her drive to win this audition was helping her to survive her diagnosis.

Next we will look at the next step in health and healing...why your herbal program my not be working.

Posted by Cathryn Freer at 3:25 PM No comments:

2022 is The Time For Healing and Renewal 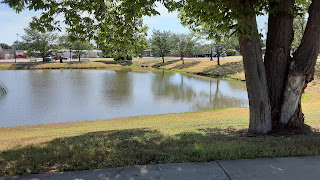 The past 2 years has been very trying for all of us.  I feel its time for all of us to get out of the fear, the depression and move into making the most out of each minute of every day.

Life throughout the ages has has times of depression, wars, famine, economy downturns and somehow we made it through these previous really hard years.

When it comes right down to it, none of us really know how and when our life will be over.  I am a senior now and so the future has even less months or years in it.

Yet, do we just give up and quit?

I was never a quitter. I have had some harsh years but my faith in God and resilience has gotten me through each chapter in my life.   I know each of you have been fighting as well.

I want to thank those of you who have visited this blog the past two years, even though I was not writing much.  I appreciate your support through the years.

So Thank You for your support!

So where have I been?

When we lived in TN I ended up with Chronic Lyme Disease which was diagnosed far into the disease.  By the time I went to the doctor, I had lost my balance, a lot of my memory and felt I was dying of some sort of cancer.  It ended up to be Lyme Disease which is one of the illnesses transmitted by ticks. We were in an area where we were scraping off ticks daily. I had welts all over me. In the early stages I went in to get tested. It was negative at that point. Lyme tests are often false negative and a huge problem for diagnosis.  It was a year or so later that I got sick enough to try and get some answers again.. At the time my father in law who I had been taking care of for over a year had died. I thought a lot of how badly I was feeling up to that point was due to overwork caring for him and then grief at his death.  At the same time, my husband went into the hospital with Rocky Mountain Spotted Fever which was severe.

In my case, after months of getting worse and worse, the Lyme Disease was in a chronic stage. This means I will be fighting to keep it under control for years.

At this point, the Lyme spirochetes and the co infections they cause are in the tissues of the body and antibiotics are not longer effective. Herbal medicine does knock it down but can't knock it out completely.  Herbs typically used for other bacterial and viral infections do not work on the Lyme spirochetes . Only a handful of herbs can kill them and their co-infections. It is like hitting at a whole swarm of insects, killing a few, but not able to wipe out the whole swarm.  If I did not have Chronic Lyme it is one of the most fascinating diseases to study.  It is amazing to know how they evade antibiotics and treatments, how they change shape and ability to hide is tissues and cells.  They adapt to survive and thrive.

We moved from TN here to Colorado for many reasons including being closer to my daughter.   The road to "mostly recovered" has been very slow and difficult.  I am so blessed that I have recovered most of my ability to write and research. I feel mostly like I felt before getting sick. I am no longer going down the path of Lyme brain dementia and my husband is finally beginning to recover his persistent and severe fatigue.  This was a challenge to say the least.  So the fact I am able to write again is the greatest blessing in the world.

So this ends todays blog. I look forward to this year and once again writing about the things I love.

This is Cathryn Freer, The Herbladyisin

Posted by Cathryn Freer at 5:03 PM No comments: