Why I Become an Herbalist- The Failure of Standard Medicine

I had a lady call with some questions. She wanted to know how and why I became an herbalist. Most of us get into alternative medicine because we wanted answers that standard medicine could not provide. This is my case. 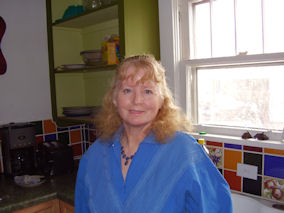 When I was young, I wanted to help people. I became a medical assistant because frankly my math was not good enough to be a nurse. I did not want to deal with car accidents and people dying on a regular basis. I wanted a less exciting medical profession. After my training I went to work for doctors who served the Indian reservations, and some of the California coast patients who in 1970 were drug addicts. We were serving the poor and disadvantaged areas. Our clinics served reservations, which in those days, before casinos, were bad off. Many homes on the reservations had no running water, were run down, and had little money. The children often were sick. The adults suffered as well.  In those days, we were trained and allowed to run tests for urinary tract infections, CBCs, and other tests now sent our routinely to labs. I took blood and x-rays everyday. I worked for that clinic until my son, my second child was born. He was delivered by my Seventh Day Adventist doctor who performed home deliveries in those days.

One of my jobs for that clinic was to keep track of the medicine and order drugs and supplies for the clinic. The doctors had to approve certain drug orders but I was the one with whom the drug salesmen talked to. I was the one they took out to lunch hoping I would influence the doctors to order their particular line of drugs. They would give me a talk on how good their particular product was. No, it didn't have any side effects. It was the most effective product on the market. I would then go back and discuss it with the doctors.  I had no idea I was being used or lied to. I thought nothing of it then....I believed in standard medicine and all they advised. I was not brought up with alternative medicine so I had no reason not to believe at that point in the system.   So what changed my view?

The birth of my third daughter changed my life and path. I was not in a good marriage when I became pregnant with my daughter. My stress level was off the charts. Our family, on my mothers side has genetic problems for bad leg veins, phlebitis, and clots. My mother's right leg had huge nasty veins, pain, and misery. She had her leg stripped at one point. Pregnancy in general puts pressure on the veins in the leg. I carried all my children like they were ready to drop out. In fact the longest labor was three hours and it went down to a half hour with the last one. With that third pregnancy, I was in bed for most of it with phlebitis.

My daughter was healthy until her first set of shots. She then became sick and her immune system crashed. She suffered from infection after infection. The doctors would put her on antibiotics, she would not get well, then she would be put on another kind.  She got worse, lost weight, wouldn't eat, cried, and developed a systemic yeast infection from a year of constant antibiotics. I began to realize that the system did not work. The doctors had no clue on how to help her. She was getting worse with each step. They threw up their hands.

I begin to study the immune system of children. I began a search to find an answer. That led me to alternative medicine and Keith Smith, a well known herbalist and healer. He is still healing and is still my friend. He put me on a path with herbal medicine that slowly helped her. I took her off cows milk and onto goats milk.I began treating her with homeopathic glandular medicine for the thymus gland. This gland is the main gland in a child's immune system. I gave garlic caps since she was too little to swallow pills. I used a homeopathic formula for her immune system. I stopped the standard medicine and the doctor's visits. All they offered was antibiotics which were making her worse. She began to eat and gain weight. Slowly she gained strength and better health. She did not get well quickly but she did begin to improve significantly.

I saw what they know now....that the overuse of antibiotics causes resistant germs and a yeast infection in the body. At the time, they viewed me as crazy and stated that resistance to antibiotics was not possible. How then did she become sicker when put on a new one. She never was well. I knew then what the doctors refused to admit until many years later.

How many children and adults suffered from their refusal to admit they were wrong. Their treatment was overkill, dangerous....deadly.

That move cost me a marriage, friends, and flack from family. My husband called me a witch and ordered me to stop researching alternative medicine. He wanted me to take her back to the doctors. I knew kept on that path of standard medicine, my daughter would die. What would she have died from?....the destruction of her immune system.

When we divorced, I took some of the money from the settlement and went to school to get my Master Herbalist certificate. I took courses from the late Bernard Jensen, the father of Iridology. I became an iridologist through Keith Smith. I wanted to help others.  I wanted to make a difference.  I spent all my time I could taking classes and doing research.

That was 25 years ago and I have never been sorry I changed paths. My early experience in standard medicine taught me much in how the system does not work and how biased it is. I know how doctors are influenced by the drug reps and how the reps lie about the drugs and their side effects. Nothing has changed except they have billions more money to buy ads that saturate your TV and magazines. They have more money and power to corrupt the FDA, the AMA, and your doctors. They have managed to buy the government out with their influence. You have become their willing research experiments. You take their drugs, only to find out months or years later, the drug has wasted your heart, liver, and kidneys. It saved you from arthritis but destroyed your immune system. You stopped smoking but committed suicide from the drug's mental side effects.  They knew it all the time.  This is proved by the huge sums of money paid to the government for their fraud.  They have been caught over and over. The fines they pay for their fraud is little compared to the profit they have made off your death.

I write in these blogs from experience in both standard and alternative medicine. Very few herbalists worked in standard medicine as I did. Very few had the job of working with the drug reps in a clinic. I hope this gives you some insight into why I write these columns and into my passion about alternative therapies. I not only write these blogs, I live the principals of using alternative medicine with success. Being an herbalist does not mean you don't get sick, or that you don't have medical issues. It is in the way we address those medical issues that sets us apart from others. I choose not to take drugs that waste the immune system, kidneys, and liver. I choose preventive medicine over standard medicine, which only treats after the imbalance has manifested itself into a disease. They then lay out their arsenal of drugs with horrendous side effects. Thank you.....NO

This is all for this blog.  God Bless you all this week!