Hip Dysplasia In Dogs- Give Him A New Lease On Life 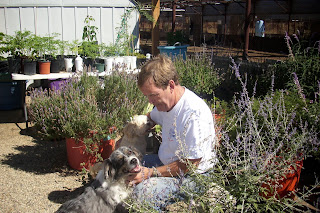 Tonight's blog is about our dog, Jack, who suffers from hip dysplasia.  Hip dysplasia is a genetic dog disease caused from over breeding. The dogs hind end basically loses its ability to keep them walking. They become so bad, they cannot walk without severe pain. They become unable to walk or move their legs and hind quarters. It is a heartbreaking disease of the bones and muscles. Below is the book explanation:

"Hip dysplasia is associated with abnormal joint structure and a laxity of the muscles, connective tissue, and ligaments that would normally support the joint. As joint laxity develops, the articular surfaces of the two bones lose contact with each other. This separation of the two bones within the joint is called a subluxation, and this causes a drastic change in the size and shape of the articular surfaces. Most dysplastic dogs are born with normal hips but due to their genetic make-up (and possibly other factors) the soft tissues that surround the joint develop abnormally causing the subluxation. It is this subluxation and the remodeling of the hip that leads to the symptoms we associate with this disease. Hip dysplasia may or may not be bilateral; affecting both the right and/or left hip."


This blog is also about the homeopathic formulation that keeps him running and away from deaths door. It is about miracles. 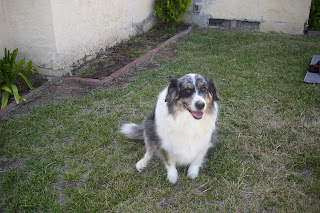 We have two save dogs, Pringles which is a Laso and Jack who is a mixed Australian Shepherd. We adopted him from an abusive family some five years ago.  Jack was not as active as most dogs of his kind and having had the breed before, I knew he had hip problems before we took him. The first week after we brought him home, I started him on a regimen of Vitamin C, Omega 3 fatty acids, and glucosimine.  He improved over some weeks and got well enough to take on long walks.  We kept him on this regimen until two years later when he began to get worse suddenly. Two days later, we woke up to a dog who could not move his rear end. He could not support his legs. He could not control his bowels. He is 80 pounds so we gently slid him on a rug to try and get him outside. He cried when we touched him. We called the vet who had seen him for ear infections. He told us to bring him in to have him put down, there was no hope. The medicine that he could give him would not work at this stage and could ruin his kidney. He had no options other than putting him to sleep. Because of his size, we would be charged $200 to put him down.  I prayed about it, then began researching the internet for a solution. If it was going to cost that much to put him down, we might as well try to find something to save him. I don't believe in hopeless.

I researched the internet for a day, finally finding a product with rave reviews called Arthro-ionx. I read pages of reviews from owners with glowing reviews. Most dogs were not as bad as Jack was at the time. It was expensive stuff, homeopathic, and a chance to save him. I express mailed it to get it there faster. It was horrible those two days, waiting for the formula. We put him on the porch where we could hose it off. We carried him on a rug out to the grass. He would cry in pain when we moved him. I prayed.  He was down for the count without a miracle. Our room-mate at the time, accused us of being mean...just put him to sleep. I just felt we could save him. When you feel gut wise that you are right, ignore those around you including your friends, family, and the vet and do it.

Two days later we got the formulation. I gave him a triple dose as this was an emergency.  I gave him another tripple dose three times that day. We went to bed that night and prayed. The next morning, we called Pringles to go out and Jack began to bark. He wanted out too. He pulled his back side up with great effort. Watching him, we held our breathe. Tears flowed as we saw how hard he was trying. To our amazement, he was up on all fours. He began to take first steps. The legs were extremely weak, unstable, shaky, but he was able to walk several  fumbling steps to pee outside. We gave him tripple doses again all day. He was able to get out unsteadily twice, a few steps. We were so happy but would it last.

All that week we gave him triple doses of the formula. By the weeks end, he could walk slowly but with more strength out the door. He once again had control of his bowels. Each week following that he got stronger and could walk better. After three weeks, he could walk fast or run a few feet.  He continued to improve to where he could go at a slow run.  He was happy and eating.

For the first year, we gave him normal doses every day. If we did not, he would slow down. Then after two years, we gave him doses three times a week. He runs, plays, and has a good quality of life. He will need this formula for the rest of his life. It does not cure the disease, but somehow keeps it from taking over his life.  To us it is worth the expense. It is much less money than shots, visits to the vet, and drugs that would destroy his liver and kidneys. He is a real miracle dog. Everyone said to give up and have him put down. We were told he could never have any kind of quality of life but he does.

I am listing the site so you can visit it and read the reviews of other dog owners. I make no money when you visit the site. I just feel that you ought to know something that could save your dog from being put to sleep. If you do, let the readers know if it worked for you, the dose, and your story. They have other formulations for other animals including skin formulations. I only have experience with the one. I mix Jacks medicine in a raw egg which he likes. It is a clear liquid that you can put into water as well.

Moringa is also mixed into his food to give him added nutrition. He has compromised health so that is important.

God bless you all. I hope this blog saves some dog lives and the pain of having to put them down.
Kate Freer, the herbladyisin